What is DNX B2B Summit?

B2B Summit brings together B2B tech’s most sought-after entrepreneurs, investors, and corporate partners to share insights and learn from one another.
As a B2B-focused early stage venture capital firm based in Silicon Valley and Japan, DNX Ventures has been cultivating strong and valuable relationships with leading entrepreneurs and corporate partners since 2011. B2B Summit is an opportunity for people to learn from market leaders with diverse backgrounds.

Nothing Ventured, Nothing Gained. Entrepreneurship and Venture Capital cannot thrive in Japan? Absolutely Not!

5G is going to be everywhere. It's going to change the game.

Building a great company takes time and energy. Age brings wisdom and youth brings innovation. We need to recognize and appreciate that. 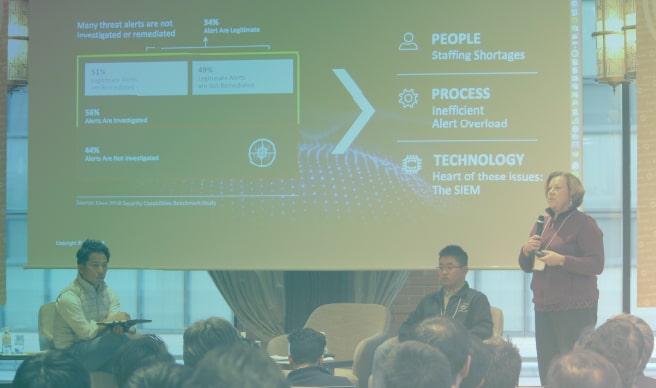 Grasp the latest B2B trends in one stop

Learn from the best in the industry. We cover the latest trends and insights from the top industry leaders. 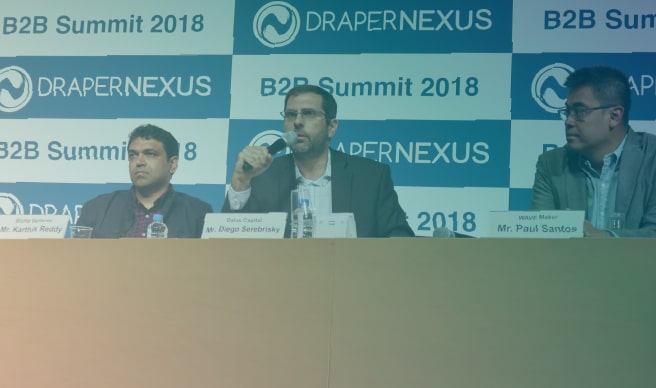 Connect with peers to learn from one another

Our in-person Annual Summit happens in Tokyo, Japan and all attendees fly in from all over the world to connect and meet. 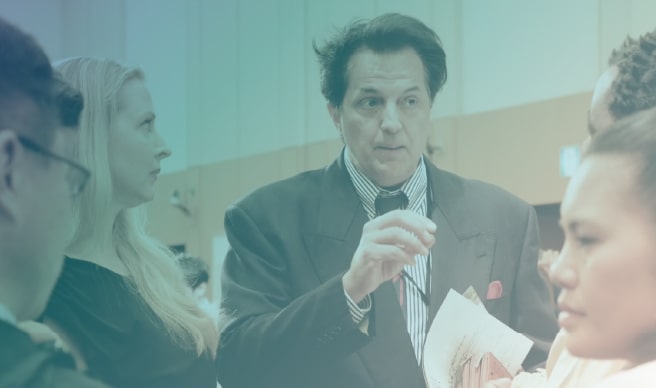 DNX Ventures has a unique perspective from investing in Japan and the US in the last decade.

Keeping us all safe under unprecedented circumstances, we at DNX decided to bring our annual B2B Summit online. We have a new structure but our mission to bring B2B leaders together remains the same. For the inaugural online session on June 4th, we invite Eric Yuan, CEO of Zoom, Salesforce Ventures and Sequoia Capital to talk about how other B2B companies should think about the future of the industry.

Methodology for Strong Growth under COVID-19

End of the year 2020 is fast approaching, and as we look back at this year and the B2B industry, the biggest impact of all without a doubt has been COVID-19. The economy slowed heavily as the movement of people came to a halt in order to prevent the spread of infection. Another byproduct of COVID-19 pandemic may be the accelerated digital transformation in many industries, as companies were forced to rethink and make major changes to the way they work and all business practices.¥
‍
For this B2B Summit, we are welcoming the CEO of Notion as one of the speakers.  Notion, as you may know, has grown rapidly thanks to the digitization of corporate workflows, and their application is already being used by early adopters in Japan.  We will be focusing on retail tech, which has been greatly impacted by COVID-19, and discuss what new technologies emerged during the pandemic and how they are playing a role in the transformation of the industry.  We will also hear from one of DNX's Japanese portfolio companies, a start-up that has successfully secured funding in the wake of COVID-19 pandemic, about their fundraising strategies. 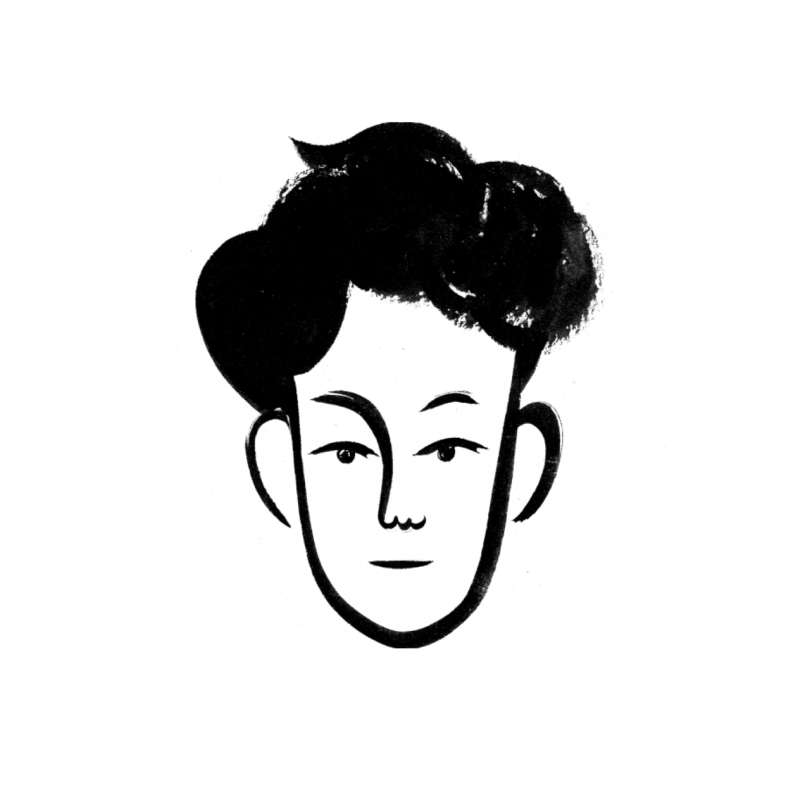 Ivan Zhao is Co-founder and CEO of Notion, the all-in-one workspace for notes, documents, wikis, projects, and collaboration. A designer by training, Ivan founded the company in 2016 to make it possible for everyone in the world to create the tools they need without knowing how to code. Before Notion, he worked in product design at digital education startup Inkling. He graduated from the University of British Columbia and resides in San Francisco. 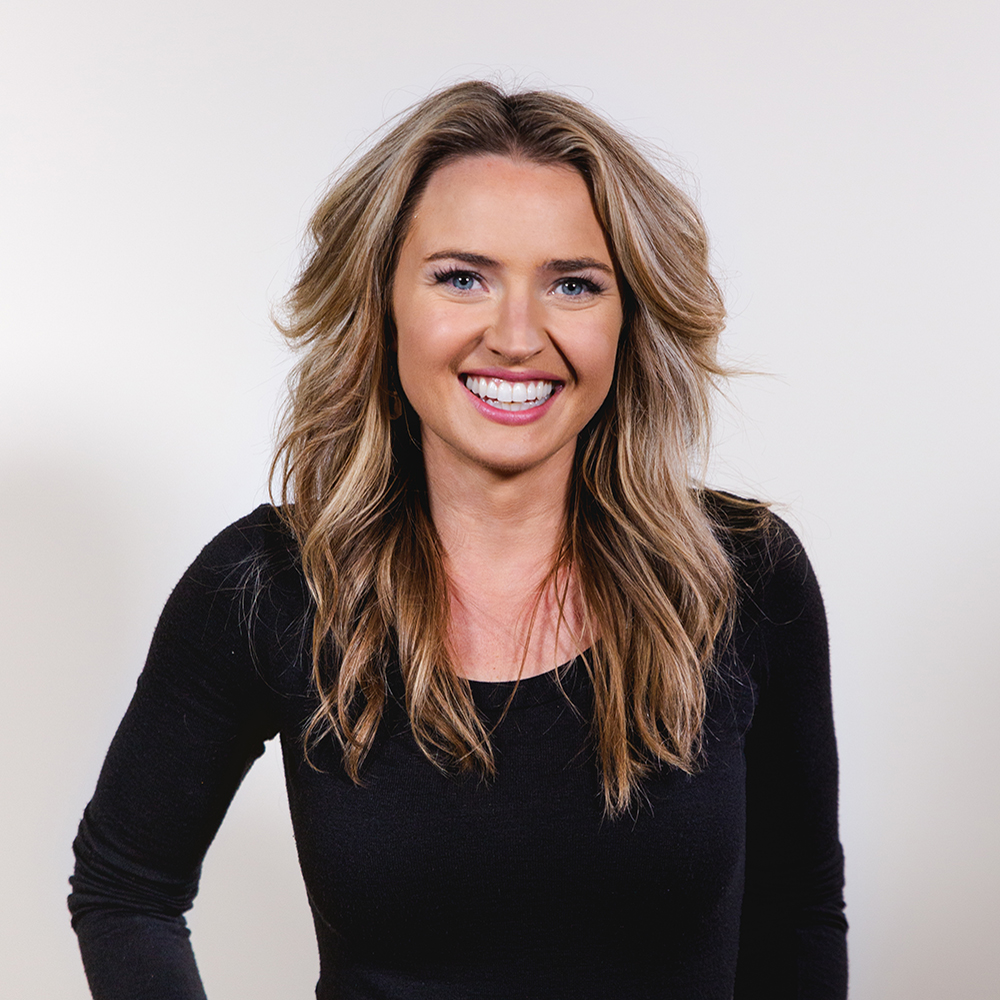 Chelsie Lee is the Co-founder and CEO of SHIPSI, the delivery technology platform that enables retailers to offer same-day and scheduled delivery without managing any of the logistics. She’s a retail, technology, and supply chain expert who has consulted 500+ top retailers and brands on business strategy, growth, and execution. Among her previous clients are Saks Fifth Avenue, New Look, UGG, O’Neill, Nike and more. In addition to being nominated for EY Entrepreneur of the Year, Chelsie is also a contributor to the Nasdaq Entrepreneurial Center, a mentor to emerging brands, a surf enthusiast, and a yoga instructor. She currently resides in Venice, CA. 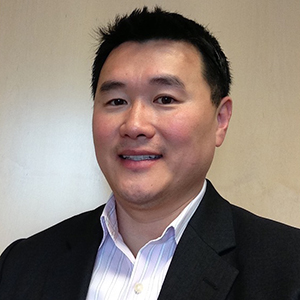 Gene was most recently Vice President of Innovation - New Ventures at Target and head of its San Francisco Innovation Office. He oversaw new product development and commerce models involving emerging technology and directed the startup engagement across offices in Minneapolis, San Francisco, and Bangalore (India). He was General Manager for the company’s retail concept lab store, Open House, and expanded the company’s startup programs, Target Accelerators, into one of retail’s most comprehensive portfolios covering areas from retail digital tech to emerging DTC brands.

Gene started his career designing robotics and led new product development in the automation industry. He is currently a mentor with TechStars, UC Berkeley SkyDeck, Stadia Ventures and is an active advisor for several startups through his consultancy, Halo Advisory Network, LLC. He is an LP with Bread and Butter Ventures, is an Advisor with Sway Ventures and on the Board of Directors at Recycle Across America.

He received an MBA from the Chicago Booth School of Business and holds an Engineering degree from the University of Illinois. 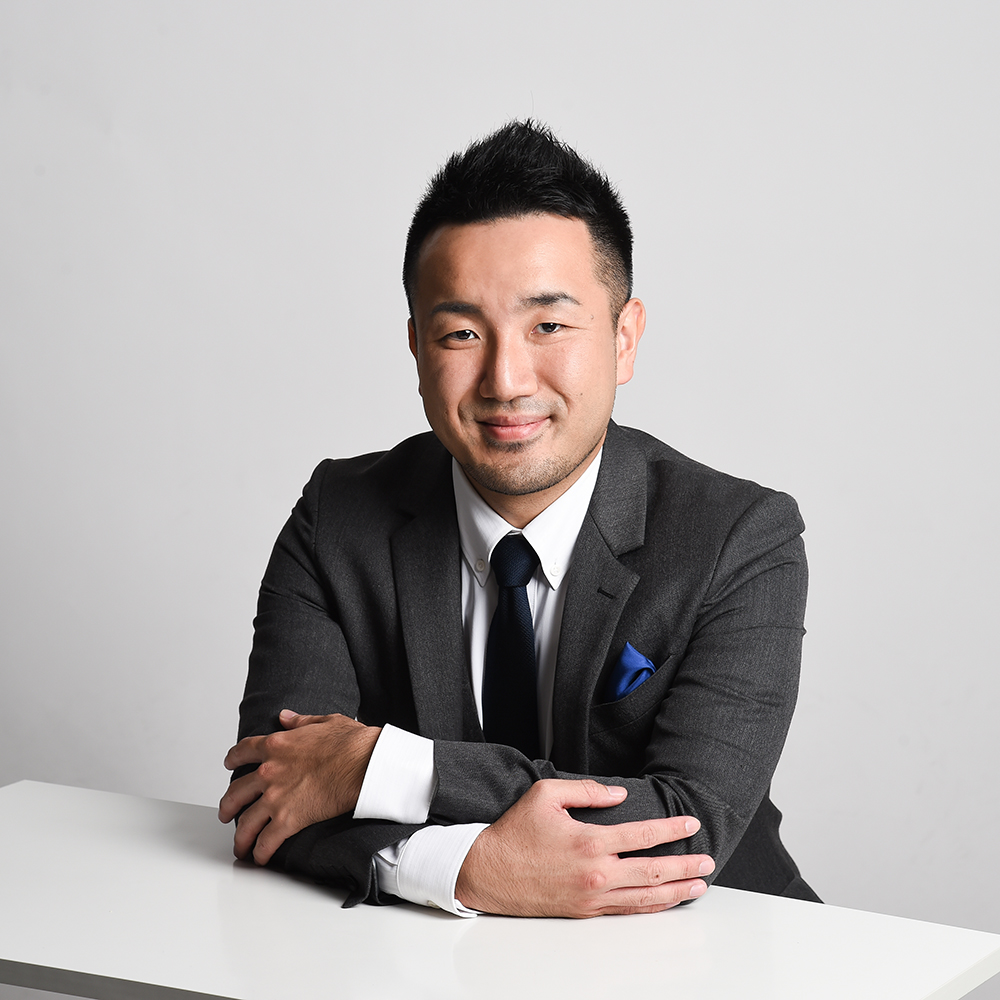 Founder of XICA.  Graduate of Keio University, and founded XICA while at university.  Yoshiaki—formerly a professional bandsman between age of 12 to 24 founded XICA to eliminate “avoidable tragedies through power of statistics and insights”.  The mission comes from his childhood experience from bankruptcy of his father’s workplace. 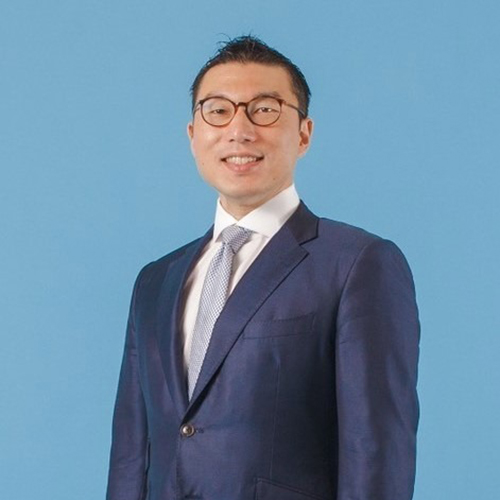 After Joining Mitsubishi Corporation, he was involved in automotive trading, planning and executing sales/marketing initiatives in overseas markets, cross-border investment deals and new company formations, large government bidding deals, M&A deals, among others. Founded RevComm Inc., in July 2017, that offers “MiiTel," a service that uses artificial intelligence to visualize sales calls and call center operations.  RevComm has expanded to 10,000 users in just a year and a half. 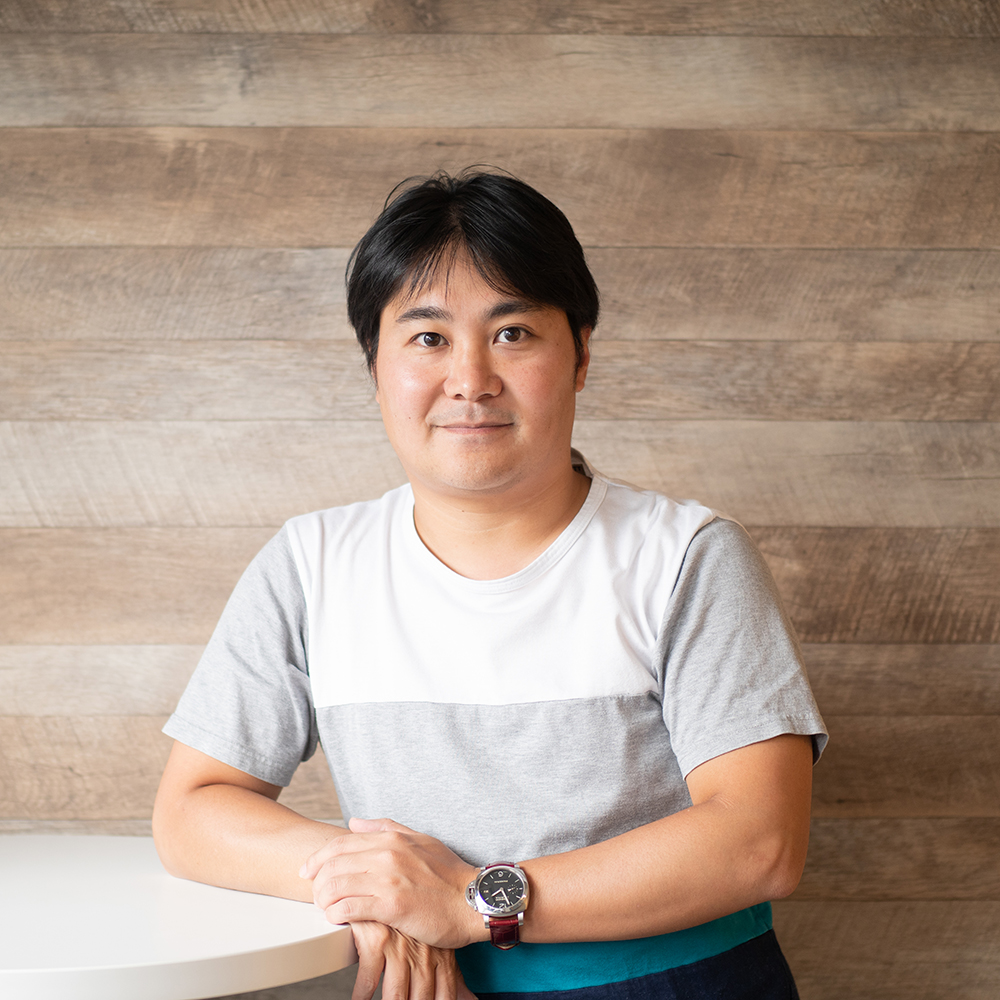 After graduating from the University of Tokyo's Faculty of Law, he worked at McKinsey & Company, specializing in the optimization of procurement, manufacturing and development, as well as acquisition and post-acquisition integration management in the manufacturing and high-tech sectors, where he was involved in a company-wide transformation project. After working on projects in the U.K., India, and the U.S., he founded Kakehashi Inc.

For General Questions or Sponsorship opportunities,
please send us a message.

Thank you! Your submission has been received!
Oops! Something went wrong while submitting the form.

From intimate dinners to large conferences,
DNX event series are designed to bring together our community to learn from one another.

Founders have many things to consider to run a company. Bites and Insights is a series of intimate get-togethers that bring founders and investors in a round table style where they can network, compare notes and find the right partners.

We’ve seen early stage start-ups stuck in a Product-Market Catch 22. As an early stage VC focusing on B2B startups, we help them solve the P-M Catch 22 even before we invest in a company. We bring startup founders and our corporate network to a conference style event to help them find the customers to kickstart their business. Previously, we’ve had Insurance x Autonomous Vehicle themed event in Silicon Valley to get startups, corporations, and investors to discuss the future of Insurance at the time of autonomous vehicles.

More than 90% of our investments in Japan are B2B SaaS companies. Akira Kurabayashi with 15 years of experience investing in SaaS and leads our B2B SaaS investment, sits with the experienced entrepreneurs and investors to provide actionable advice to early stage entrepreneurs.